All images are copyright of TradeMark Design Co.

"When you build a personal space with someone, you inevitably build a relationship with them and that is what I value most!" 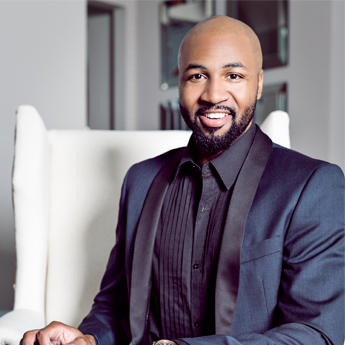 Justin Williams is an Atlanta based Interior Designer whose love for décor and design developed into a business where his main goal is to bring quality, as well as affordable designs to any consumer. Since its birth in 2009, Trademark Design Company has gained clientele ranging from 1-bedroom apartments to million dollar estates. Trademark has created new branches of businesses all-encompassing the home and lifestyle division that help elevate homes across the globe.

Along with being featured in magazines such as Jezebel, Atlanta Magazine, AM HOME, Empower, and others, he’s also debuted in Picture Perfect Parties, an internationally published cookbook filled with stylish solutions for entertaining by Rizzoli International. Although these acknowledgements are held in great regard, Justin is a southern gentleman whose design expertise attracts people all around the world.

Justin has always had a keen eye for design. His parents identified this attribute in his early teens and prepared him for the field by providing software programs to further develop his curiosity for architecture and interiors. Justin would not only practice designing homes from start to finish, but he would also make changes to his family’s actual home via 3-D renderings. Later in his teen years, Justin developed renovation plans for his family’s home and worked alongside the contractor who then became a mentor and taught him the inner and outer workings of a homes’ structure.

As a highly sought after Interior Designer, Justin has had a vast amount of exposure to all elements of design which includes commercial design, set design, photo-styling, and real estate staging. This exposure has led Justin’s work to grace the magazine pages of many publications and blogs worldwide. Justin’s hope is to make fashionable yet functional spaces for his clients. His life’s work has been helping others live better and he will continue to do that by elevating spaces, one home at a time.

TradeMark is here to help your vision become a reality!